Each Christmas I post this story of a very special friendship between a dog and a reindeer. The universal message of support and tolerance is always relevant. Happy holidays to every mother’s child.

The Siberian Husky was friendly and sweet.

Homeland security was his daily beat.

He guarded the house when no one was home,

His breed was known to race in the snow,

The husky envisioned the pack in his dreams.

He longed to join them and be part of the team.

Sometimes there were visitors, a curious few

that spoke with a chirp, squeak, or cock-a-doodle-do.

They were not dog, nor human, some even had wings …

too different, too strange, these misshapen things.

A deer passed by on one bright autumn day,

and the dog invited the stranger to play. 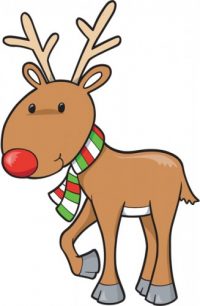 “Where” asked the deer, “is the rest of your herd?”

You should be more like me … not strange and not silly.

My tail is quite furry and my nose has a snout.

I do lots of wagging and sniffing about.”

“Dear dog,” said the deer, “whoever you are,

it is painfully clear you have not traveled far.

You know only your world, yet attempt to judge others.

You have much to learn of your sisters and brothers!”

“If I appear rude, I do not wish to offend.

Let’s play a game and our friendship will mend.”

So, the deer agreed that the dog have his way

And they set out to discover what together they’d play.

“Let’s go for a hunt and find us some food!”

The dog wanted meat and the deer thought that crude.

“Listen here, dog, that is NOT what I eat.

Wild berries and apples … now, that is a treat.” 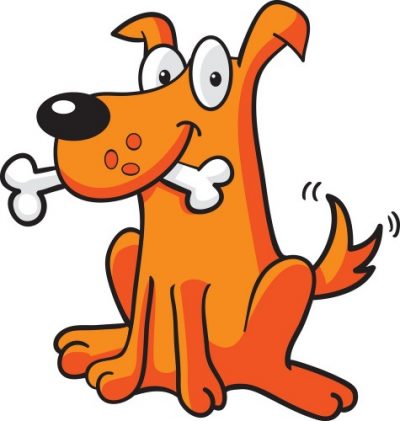 “Okay” said the dog, “I’ll teach you something new.

It’s sloppy and dirty with a hole when you’re done.”

We’ll climb up the hill and explore ’til day’s done.”

So, the dog and the deer became friends on the run

and met everyday in the cool morning sun.

“Now that we’re pals, I’ll tell you my name.

I’m delighted to meet you … a deer friend will do!”

“Can you play everyday?  Will you try to remember?”

Said Rudy, “I plan to go north in December.”

“I pull Santa’s sled in a land far away.” 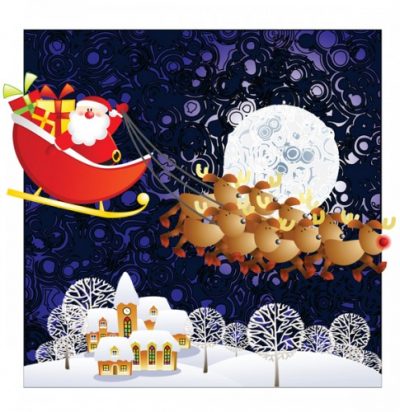 “My nose lights up red as I guide Santa’s flight.

We take off each year on Christmas Eve night

to bring special gifts to good girls and boys

How lucky I am to have met you here.

My folks must greet you before you depart.

They’re kind, and fun, and speak from the heart.”

So, Siber and Rudy ran through the woods

excited to get home as fast as they could!

“We’ll have a grand time, you can spend the night, too.

We will play lots of games … always plenty to do!”

When the morning sun rose, it was time to move on.

With a leap and a sigh Rudy was gone.

The reindeer all cheered as he came into sight,

“you’ve arrived just in time to light up the night!” 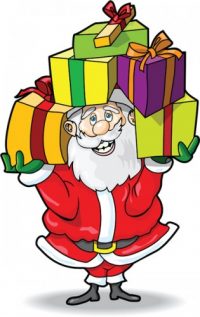 It was a special year for good girls and boys.

They behaved very well and deserved lots of toys.

Santa packed his sled with a heave and a ho.

With the reindeer in place he was ready to go.

But, alas and alack, something was wrong.

The sled was too full and they were not all that strong.

The reindeer kept pulling.  What else could they do?

They huffed and they puffed. It was just too hard. PHEW!!!

Then Rudy came up with the brightest idea!

“I have a dog friend who will help. Have no fear!”

So, he called Siber forth with a snort, sniff and bellow,

“Dog, we need your help!  You’re a very strong fellow!”

“I’m ready to go to the North Pole tonight!”

Soon the deer and the dog were joined up together

and the sled took off as light as a feather.

“Rudy, I’ll pull the sled, I can do it with speed.

Said Rudy “your nose doesn’t light up like mine.

We’ll pull together and all will be fine.”

The dog was a hero, a most unusual sight,

as he launched Santa’s sled on a magical flight.

Santa shouted with glee as they drove out of sight,

Any cookies that may not be particularly necessary for the website to function and is used specifically to collect user personal data via analytics, ads, other embedded contents are termed as non-necessary cookies. It is mandatory to procure user consent prior to running these cookies on your website.