To uncover your true potential you must first find your own limits and then you have to have the courage to blow past them. 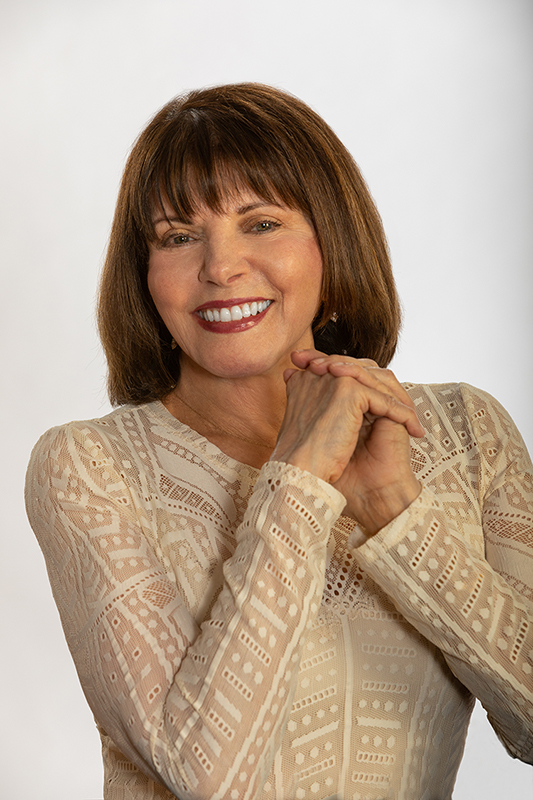 Body Electric TV was the first televised fitness show to feature exercises using light resistance (weights) and performed to popular music. In 1985, Shape Magazine wrote, “Many of us would like to strengthen and firm troublesome body parts, but we don’t want to spend hours lifting weights. Margaret Richard has developed the body sculpture program to take on this fitness challenge.”

Then and now, Margaret’s message—and workouts—go beyond strength and tone. Her exercises offer a way for aging bodies to feel fit without stressing joints; an especially relevant message to the Baby Boomer generation.

From stage to studio.
Margaret’s indoctrination into fitness, dance, and show business came at the age of eight. While studying ballet at Carnegie Hall in New York, Margaret auditioned for none other than Richard Rogers and Oscar Hammerstein II for a part in the musical South Pacific. She landed a role and a familiar song: Dites-moi Pourquoi. That was in 1956. Margaret Richard hasn’t stopped moving since.

While pushing her passion for fitness, dance, and music into a successful career as a fitness instructor, Margaret was invited to bring her exercise studio into the TV studio. Body Electric TV was born.

In addition to her PBS TV shows, Margaret Richard has produced 40 exercise videos and DVDs, and wrote The Body Electric Book (McGraw-Hill; May, 2008). In 1999, Margaret testified before the United State Senate Special Committee on Aging, and in 2008 she was inducted into the National Fitness Hall of Fame.

Aging is a fact of life, but you don’t have to put out the welcome mat.

Today, Margaret Richard’s approach to fitness is more relevant than ever – especially to Baby Boomers who aren’t the least bit ready to stop rockin’. It’s a fact that muscles will always respond to exercise regardless of one’s age, fitness level, or percentage of body fat. Another perk: when exercising with resistance, the pull of the muscles on bones results in stronger bones, and more resilient joints. You’re never too old to work out, to get fit and toned, and to feel stronger.

We baby boomers want to rock, but not in a chair!

Create muscle tone and stronger bones. Challenge your muscles without stressing your joints

Any cookies that may not be particularly necessary for the website to function and is used specifically to collect user personal data via analytics, ads, other embedded contents are termed as non-necessary cookies. It is mandatory to procure user consent prior to running these cookies on your website.